In most cultures, the wedding anniversary is thought to be an important occasion, and it is generally celebrated in meaningful and significant ways.

Couples are reminded of their marital commitment, and a lot of effort often goes into sourcing the perfect gift that will be symbolic and meaningful for one’s partner, or the happy couple.

Gift-giving on the occasion of a wedding anniversary has its origins in the medieval period. In the Holy Roman Empire, husbands would give their wife a silver garland to mark their 25th anniversary, and a golden wreath when they reached 50 years of marriage.

In the 1920s, Emily Post, an American writer, attempted to solve the issue of what gift to give on the occasion of an anniversary by drawing up lists of anniversary themes in a book titled Etiquette, published in 1922. However, only some anniversary years were included in the book, the first, fifth, then every fifth year up to the 25th wedding anniversary.

In 1937, the American National Retail Jeweler Association added additional years to the list, including all years up to 14 years of marriage, and every 5th year up to 50 years of marriage. These are known as traditional themes linked with each marital year.

More recently, a contemporary list was created, and today, all the anniversary years from 1 up to 30 have been linked with a theme or material, and then every fifth year up to 75 years of marriage

The gemstones associated with marital years 1 to 25, and then every 5th year up to the 60th anniversary, are published in the Information Manual on Gemstones by the American Gem Trade Association.

In some instances, other countries have suggested a different gemstone for certain anniversary years, so those alternate gemstones are outlined below.

So there are no definitive rules to choosing an anniversary gift, and suggestions outlined below is not set in stone 🙂

Just be guided by the recipient’s tastes and find a stone you know they would love and cherish.

Although ivory is the traditional material for a 14th wedding anniversary, it is a poor choice ethically due to the decline of elephant populations. Instead, gifts that feature an elephant theme are an appropriate alternative. 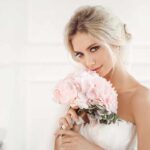 Show Your Love And Devotion…