In 2015 Mr. Evode Imena the State Minister for Mining twitted pictures of Amethyst veins discovered at a mining site in Ruhango district in southern province of the country.

“Veins extend for 1200 metres, may be source of magnificent gems,” the Minister said.

Amethyst is a semiprecious stone (silicon oxide), hard as quartz- a property that qualifies it for jewelry. The stone owes its violet colour to iron impurities.

The Minister told KT Press, “Amethyst was known in Rwanda. But the Veins discovered are of an unusual extend. We still need further studies to evaluate the real quality and quantity and delineate the deposit in order to tell the economic value. But it’s indeed an exciting discovery.”

Amethyst primarily appears in colours; ranging from light pinkish violet to a deep purple. The gem may exhibit secondary colours; red and blue.

The best varieties of Amethysts can be found in Siberia, Sri Lanka, Brazil and the Far East.  Ideal Amethyst called “Deep Siberian” appears in purple of around 75–80%, with 15–20% blue and red.

Despite the impressive discovery and expanding mining sector, government says it is struggling with the fall of mineral prices on international markets.

Mr. Imena says the mining sector plays an important role in the country’s economic development, “based on its position in generating revenues from exports.” Last year, the sector generated $203.32 million from exports.

The country wants to increase its minerals production by three folds in the next four years.  The Minister says this could be possible through investment in advanced technology and attracting massive capital into the sector.

On July 26th, six companies signed mining agreements with Rwanda Resources. During the signing, commitments made were worth Rwf6.5 billion of investment for the next 5yrs and targeted production of 3,300 tones.

iTSCi program that tracks conflict minerals said in a report that Rwanda had by May 2015, produced 840 metric tons of minerals from its 815 mining sites. This means Rwanda produces more minerals than any country in the Great Lakes Region.

Mine closes due to conflict

Then in 2019 Mining Review Reports

Ngali Mining Limited (NML) is a Rwandan registered company with a mission to transform the extractive sector in Rwanda by maximizing value addition through exploiting strategic minerals, processing and offering exploration services.

We believe mining opportunities in Rwanda and the region are not yet fully tapped and there is still room for developing more business opportunities. 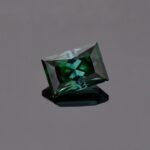